-       Responsible leadership – On day one, Miner will fire the chairman and every member of the MTA board. They will be replaced by people with expertise and without political interests.

-       Reducing costs – Miner will fix the broken procurement process, move to a 10-year-capital plan and use performance management systems.

“The transit system is in disrepair,” said Miner, who is running as an independent on the SAM (Serve America Movement line.) “The MTA, under Andrew Cuomo, has had an abysmal record when it comes to addressing problems that are plaguing New York City’s residents and commuters. New York’s transit system is vital to our ability to create a thriving, inclusive economy, and it is shameful that we have allowed it to decline.”

Miner’s transit plan calls for tracks, signals and stations need to be modernized and made dependable; increasing the subway on-time arrival rate from 58 percent to at least the 85 percent rate it enjoyed when Andrew Cuomo took over the system.

One year after the Governor declared a state of emergency for the transit system, the State has not delivered promised funds for improvments to the MTA and major incidents are on the rise, while on-time performance for capital projects and train arrivals are declining. Ridership on the subways and buses has decreased, each by over 2 percent. Instead, riders have opted for more reliable transit options like Uber and Lyft -- costing the MTA potential revenue and increasing traffic on our already congested streets.

The State’s failure to take action during a state of emergency is endemic to the Cuomo administration’s approach to the MTA. The state fell $300 million short of delivering state assistance committed for the 2010-2014 capital plan, and has only allocated $365 million of the $8.6 billion promised for the 2015-2019 plan.

“It is not a surprise me that Albany has turned its back on necessary infrastructure investments. They did the same things in Syracuse while I was mayor,” said Miner. “By attacking problems head-on, and taking an innovative approach to solving infrastructure problems on a tight budget, we were able to change the game there, and we will do the same with the MTA. As Governor, I will put an end to juvenile finger-pointing and hold the MTA accountable.” 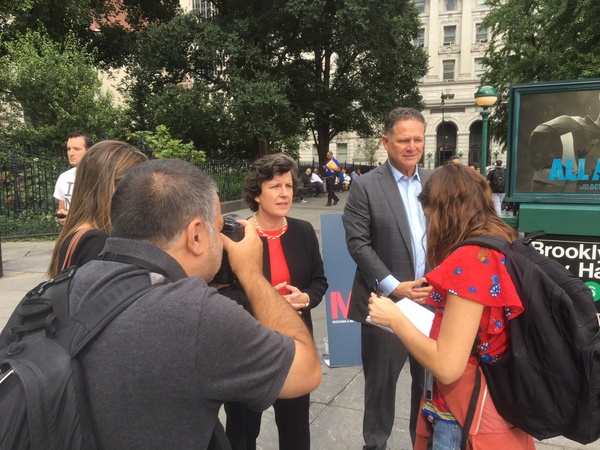