What we saw today from Andrew Cuomo’s campaign is why I made the decision to challenge the Democratic Party from outside the party.

Unfortunately, the Democratic Party in New York State has become a wholly-owned subsidiary of Andrew Cuomo Inc. This is not good for the party, and is not good for the citizens of New York State. When the state party sends out offensive mailers against another Democratic candidate, when the party establishment is completely in the tank for Andrew Cuomo, it is time for a change.

A healthy party would be able to allow challenges to the status quo without trying to smear fellow Democrats who dare to challenge the sitting Governor. The Democratic Party in NYS is not a healthy party. It is bought and paid for by Cuomo, and showed its true colors with the reprehensible mailer it sent out smearing Cynthia Nixon.

I have differences with Nixon on the issues, but would never countenance the kind of garbage the Cuomo campaign has thrown her way. Cuomo and the party apparatus he controls should be ashamed. 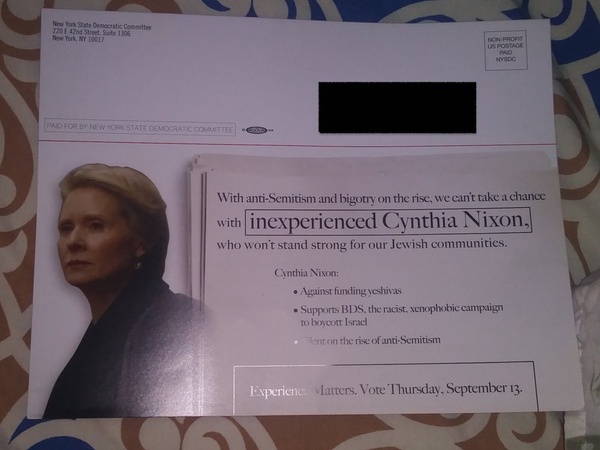